As temperatures start to drop outside one of the most pleasant spots for visitors to explore at Clumber Park is the glasshouse in the Walled Kitchen Garden. At the moment it is just gourd-geus with superb displays in every shade of orange, white and green imaginable. They differ in shape and size too with snake-like specimens, two-coloured varieties shaped like cottage buns and small-but-perfectly-formed miniature pumpkins. 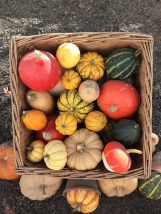 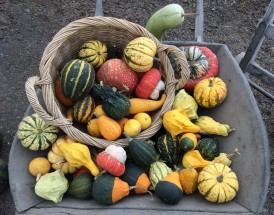 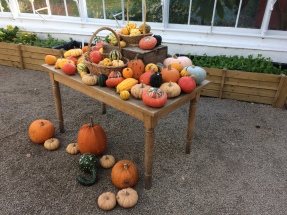 There’s an opportunity for visitors to support this work by making putting any spare pennies towards the WKG Gourd Tunnel Appeal. You might remember that they previously had a gourd tunnel in the Walled Kitchen Garden. Unfortunately, being made of wood, it only lasted 3 years. Now the team are raising money towards a new gourd tunnel but this time made from metal so it has a longer lifespan. 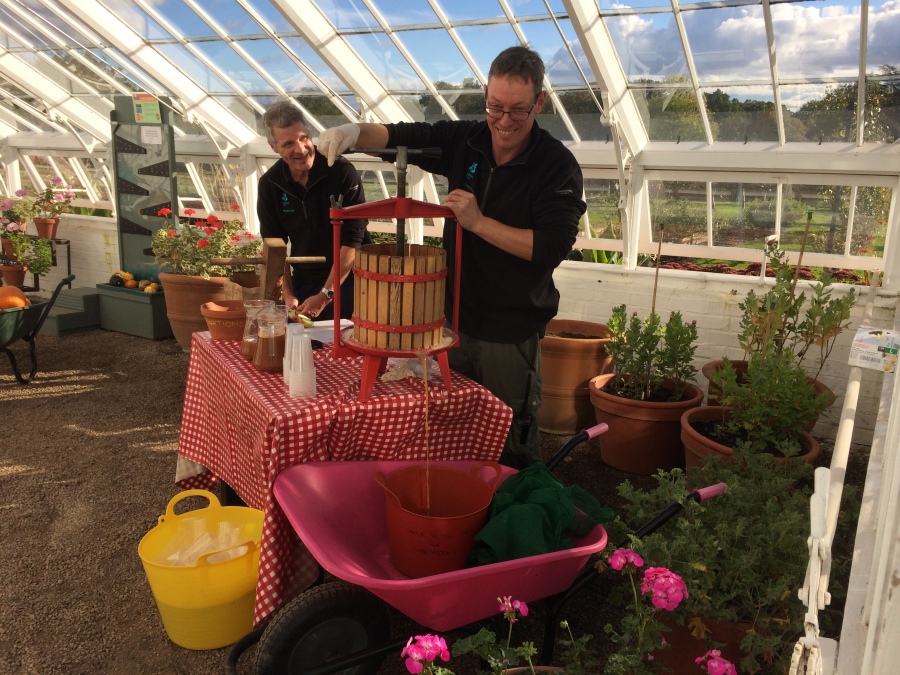 The team have also been offering freshly pulped apple juice, apple tasting and selling apples to raise money to be reinvested in the garden. Why not stock up on your apple store? It was a symbol of the Duke of Newcastle’s status to be able to eat, and serve to his guests, seasonal fruit all year round. We take year-round fruit for granted now but home grown produce tastes better and the Walled Kitchen Garden is home to the national collection of apples from East Midlands and Yorkshire so once you’ve found your favourite varieties you can get creative in the kitchen before the big freeze!